This week: Running a successful coffee shop is as much an art as it is a science. But what makes the perfect blend?

The gang in Friends had Central Perk. For the neighbors of EastEnders, Kathy’s Café was the spot. And who could forget the countless caffeinated conversations between the mother-daughter duo of Gilmore Girls at Luke’s Diner?

All these shows point to a self-evident truth: coffee shops are central to social life as we know it.

• Some have called coffee shops the original ‘third place.’ What is that exactly? As we’ve shared before, a third place, first coined by the sociologist Ray Oldenberg, is somewhere outside your home and your workplace that promotes conversation and social connection. The rise of coffee shop culture in 17th century Europe provided hubs for people to socialize in a more buttoned-up fashion than boozy taverns. Over time, coffee houses developed ‘identity clientele’ or people with the same interests who met at the same time each week. “Coffee was the price of something more,” Jonathan Morris, the author of the book Coffee: A Global History, told Perfect Daily Grind. “The price of the coffee covered everything else you got by being in a coffeehouse.”

• Today, that still rings true. Coffee shops are community centers as much as they are places to fuel up on caffeine. But too often the offerings of big chains versus small indies are seen as at odds with each other. Big coffee spots don’t have the charm and personality of local brew houses, the thinking goes, while smaller indies are seen as slow to adapt to the customer service standards of bigger shops. “Today, with giant chains like Starbucks, taking over the world [...] customers expect special handling even from small, independent coffee shops,” entrepreneur Sonal Mishra writes on Medium. To succeed in today’s phygital landscape, coffee connoisseurs need to do it all. That means creating warm, inviting spaces while prioritizing digital integrations and customer service to enrich in-person experiences. FWIW, there’s significant money on the line: “The top payments app isn't Apple Pay or Google Pay... it's Starbucks,” said Sally Shin, the former executive editor of NBC News. That ranking looks like it will remain unchanged through 2022, according to eMarketer.

• At the same time, efficiency doesn’t win hearts. Look no further than the recent fuss over the rise of Blank Street Coffee, a VC-backed coffee chain that’s multiplying faster than you can say milk or sugar. Blank Street’s shops are designed to move customers in and out as quickly as possible, with little attention paid to creating an environment where its community would actually want to spend time. “With its reliance on automation, Blank Street clumsily, and unknowingly, stepped into the continuing debate over the definition of good coffee,” reported The New York Times.

“The problem when this happens is recapturing that community spirit. That’s quite difficult to replicate,” Professor Jonathan Morris asserted in Perfect Daily Grind. “When Oldenburg laid out his theory, I don’t believe he was thinking of coffee chains.”

So how do you make your ‘third space’ more accessible without taking on a big financial risk?

• Dare we say it? A pop-up model can be a good test. The financials of opening an independent coffee shop are notoriously tricky to navigate, but testing out your shop’s fit within a specific area can give you the opportunity to get to know the neighborhood while garnering community support in your business's early stages. Are your shop’s customers interested in a plain black cup of joe, or a part of the 30% rise of people preferring espresso specialty drinks? And in your area, is it really true that hot coffee is dead?

• What’s more, a flexible storefront can be a powerful marketing tool. Take it from Gallup, which found that customers who felt an emotional connection to a brand visited that store 32% more often. That’s doubly true if you select a spot to set up shop with heavy foot traffic and a devotion to the bean. “Sometimes a difference of 20 meters on the high street can make or break a business,” Santiago Gamboa, the co-founder of Hermanos Coffee in London, told Appear Here. “[Flexible leasing] made it so easy for us to get access to get great locations, which wouldn’t have been possible otherwise.”

• No, we haven’t forgotten the other caffeinated contenders. Even though younger Brits are breaking tradition and leaning more towards coffee over tea, the heritage beverage still has a special place in people’s hearts (I mean, have you heard of the great British kettle surge?). Everyone’s favorite tea brand, Teapigs, will be launching a shop with Appear Here at Covent Garden. When it came to picking a location for their concept, they followed the numbers: “We wanted somewhere busy and with lots of footfall, Covent Garden seemed like a natural fit with a mix of tourists and Londoners.” Events and PR Manager Charlotte Honeyman-Brown told Appear Here: “We are still testing the world of retail and we want to see if there is any real demand for a Teapigs shop.”

Whether you’re serving tea, coffee, or matcha, the message is the same: passion needs to be at the bottom of each cup.

David Abrahamovich, CEO and founder of GRIND in London, said it best: “The best way to build loyalty is to be really good at what you do.”

Got an idea brewing? Start here with the busiest coffee shop spots near you. 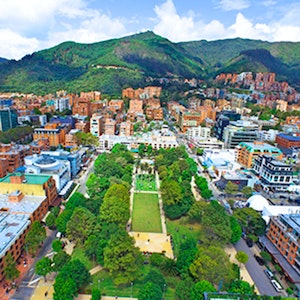 Neighborhood guides: Live like a local in Parque 93, Bogotá

Parque 93 is one of the most stunning neighborhoods in all of Bogotá. 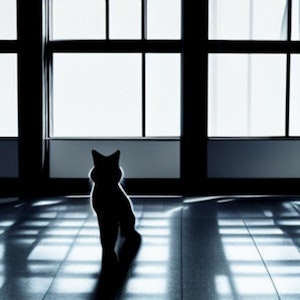