Neighborhood guides: Live like a local in Old City, Nicosia

The Old City of Nicosia is an intriguing neighborhood in Cyprus’s capital. Think: one ‘hood, two cultures. Lefkosia, as the Greeks say, is the only city in the world that’s still divided — the Turkish invasion occurred in 1974 and the island was split into the Greek Cypriot South and the Turkish Republic of Northern Cyprus. To this day, there are still areas of the island that the two nations fight over.

This strange conglomeration of Ottoman and Greek culture and history, along with decades of oppression and political unrest, has birthed a young generation of creatives that use art and design as their outlet. Inside the Old City’s walls that surround this neighborhood — built in the 16th century by the Republic of Venice — you’ll discover street art-clad walls, traditional pottery studios and, of course, plenty of cafés (that turn into bars post-sunset). While most come to the island for its beaches, the modern traveler would be remiss not to experience this unique city.

Here are our favorite spots:

Eleftheria Square
Adjacent to the Venetian Walls that house the Old City, Eleftheria Square further illustrates this city’s juxtaposition of old and new. Designed by the late architect Zara Hadid and her practice, the multi-level public park space was built within a section of the dry moat that marks the boundary between the oldest part of the city and the new neighborhoods surrounding it.

ΡΩ
Situated extremely close to the buffer zone — the no man’s land controlled by the United Nations as a peacekeeping force in Cyprus — ΡΩ caters for those with a penchant for black, white and grey color palettes, along with a slick design sensibility. Discover brands such as Rains, Young Poets Society and Gabba denim.

Swimming Birds
Designed by architect Angela Constantinou, this café-meets-bar space offers the optimal way to chill out with friends. When you enter you’ll instantly notice the fully-loaded art deco-inspired bar, which then leads to a courtyard with graffiti-clad concrete walls. We highly recommend trying their eliopitas — an olive bread/pie.

Apomero Coffee Shop
Looking to sample some traditional sweets and local coffee? Head to Kafeneio Apomero. The cosy space offers a yummy selection of pies in a cute and very local setting. Definitely worth a visit.

Scale Restaurant
Located just outside the Venetian Walls, overlooking the Old City is the MAP Hotel. And sitting pretty along its all-black exterior, you’ll find Scale. The restaurant space offers a more modern take on Cypriot fare along with other international favorites on the menu. Expect a fine dining experience and an alluring ambience that shouldn’t be missed.

isnotgallery
Founded in 2008 by the photographer Andros Efstathiou, isnotgallery is an art gallery for contemporary art and culture, supporting Cypriot and European artists in the development and exhibition of their work. The space, and its network, have been pivotal to the continued growth of the city’s most vibrant contemporary art quarter.

Residence Design&Collection
Residence Design&Collection is a specialist furniture maker, based in Old Nicosia, that focuses on providing the best quality products possible. Since launching back in 1995 with a small factory, their goal was to showcase the quality of their work throughout the country — after almost 30 years, they can proudly say that they achieved that. And more. 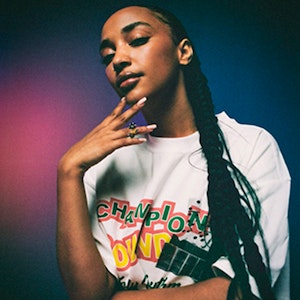 The Five at Five: RIMON 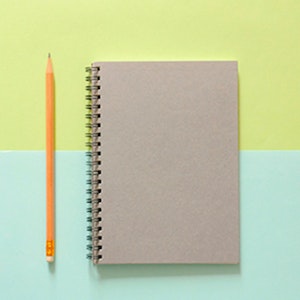 Back-to-school shopping starts early this year, while hopeful indies try to get ahead.