This week: What are DTC startups fundraising all that cash money for?

If you’re here, chances are you’re in the mood for some retail news. What’s been making headlines lately?

Money. And the eye-watering amounts being thrown at DTCs.

• If you thought Allbirds had it made, the latest brand to break the funding round bank is activewear brand Vuori, which has flown relatively under-the-radar until now. Founder Joe Kudla opted for a “slow-growth” strategy, only expanding their retail footprint after hitting profitability a few years ago. You know what they say about slow and steady. Vuori just raised $400 million at a $4 billion valuation, which could be one of the highest ever figures for a private apparel brand. How do they plan to spend some of that? They’re set to open 100 new stores over the next five years. “On top of being a place to see, feel, try on, and learn about our latest and greatest product, we like to think of all of our stores as community hubs,” said Nikki Sakelliou, VP of marketing.

• Parachute, a direct-to-consumer bedding brand, is tripling its doors to 30 by the end of 2022. One of the reasons why? In cities where they have a foothold, their online conversion rate is 50% higher. It’s also striking wholesale deals. “The partnership allowed the brand to enter 65 of Crate and Barrel’s stores, expanding its physical footprint – something that has become an important part of direct-to-consumer brands’ overall strategies as the costs to acquire customers exclusively online has become prohibitively high,” reported Retail Dive.

• Just how high we talkin’? The mind boggles at the totals. In 2019, Casper’s sales and marketing spend was $154 million, not to be beaten by Chewy ringing in at $426 million. Wayfair spent an actual $1 billion dollars. And of the three, only Wayfair turned a profit for the first time last year. Increased privacy protections online – with only 17% of Apple users allowing app tracking – are also making digital ad targeting less efficient, and ultimately more costly.

Don’t just take our word for it. For DTC brands in pursuit of that all-important scale – setting up actual shop is top of the playbook.

• “Within the past week, a few startups have announced significant new funding rounds, with the express purpose of opening more stores,” noted Modern Retail. Some of the brands cited? Ear-piercing startup Studs and underwear brand Parade. Apparently people prefer not to shop for skivvies online. “The [underwear] category today is 80% offline, so retail experience and third-party partnerships will be a big part of how we reach the next one million customers,” said Parade CEO Cami Téllez, ahead of the brand’s first physical “experience” opening in NYC’s SoHo next month.

• “If the retail store model is so outdated, why are most DTC brands getting into the retail store business?” queried Kevin Ervin Kelley in Marker. They’re even evolving their brand concepts around physical stores. Men’s clothing line The Good Neighbour – an Appear Here stalwart – spent its first year online (and under the moniker Centre Front Menswear) before dipping their toes into brick-and-mortar. “We tried our first pop up shop and it had a great reaction, from there the momentum built and we realised that neighbourhoods work really well for us,” said founder John Bright. “What I find is when we do a pop up in a certain area, we’re getting a number of people in and building a relationship. Our online orders for surrounding postcodes increase too”.

So whether you’re a DTC brand with sky-high customer acquisition budgets, or a boot-strapped business getting off the ground – that in-person element is irreplaceable.

“Post-pandemic retail isn’t about rejecting technology,” noted Benjamin Crudo in Forbes. “The way forward lies in integrating digital tools to enhance – but not replace – the power of real-life experiences. Retailers that get to the heart of being human will be poised to thrive”.

Stopping by a spot to touch, see, taste or chat? Doesn’t get more human than that. 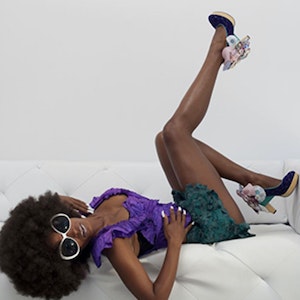 The Five at Five: Natasha Vigille

The Five at Five offers some post-lockdown inspiration that celebrates the independents. 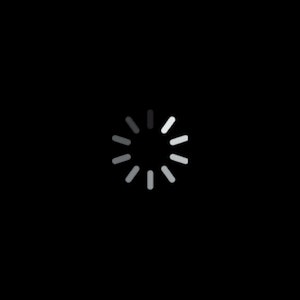