This week: Black businesses are not a monolith. This month, we honor their diversity, ingenuity, and importance.

October marks the beginning of Black History Month in the UK, but the occasion’s cause for celebration transcends British borders alone.

“October in the UK as February in the US is to inculcate self-pride, especially in children,” explains Akyaaba Addai-Sebo, a Ghanian activist and London councilman who created a dedicated month for Black Britons after noticing that neither their diversity nor achievements were properly recognized in media or politics.

• “We chose to be different and chose October” Ansel Wong, another architect of British BHM explains, “staking a claim for the specific British context of our struggles and existence.” Jason Johnson, a product specialist for the UK platform Culture Amp, pointed to a lack of visibility around his own identity as a Jamaican Brit as a reason for celebrating October’s BHM. “During Black History Month, there’s almost nothing said about Jamaican history apart from the Windrush, despite the fact that West Indians have made a hugely positive contribution to British society.”

• “October is as much about showcasing Black history as it is about showcasing Black excellence,” writes Yomi Adegoke in an opinion piece for The Guardian. Take, for example, the fact that minority-owned businesses make up a sixth of the six million businesses registered in the UK according to a MSDUK report, and employ almost three million people each year. Despite the persistent challenges of social discrimination, unjust policing, and unequal opportunities from renting space to raising funding, Black businesses have developed into a thriving and essential community within the UK economy. Ethnic minority businesses contributed £25 billion (or $34.4 billion) to the economy in 2018, the equivalent of the city of Manchester, according to the Commission on Race and Ethnic Disparities.

• Jamelia Donaldson, the founder of TreasureTress, a UK-based natural hair product subscription company launching with Appear Here on October 26th, explains how Black British entrepreneurs have an invaluable perspective when it comes to identifying opportunities for innovation. “Given how underestimated the Black British consumer is as a starting point for entry into Europe, US-based brands find it difficult to understand the nuances of the culture and show up physically in relevant spaces,” Donaldson says. Longer term, she is focused on making visible the Afro-European consumer: “We’re starting by expanding TreasureTress across the region [to] truly become global in every sense of the word.”

You’ve likely heard the phrase if you can see it, you can be it.

Akyaaba Addai-Sebo said it better: “Self-pride is the catalyst for achievement, and there is no greater truth than knowing yourself.”

When it comes to diverse representation, our main streets have a long way to go.

The New York Times reports that only 5% of small and medium-sized businesses in Britain have Black, Asian or other ethnic minority owners. And the odds are very much stacked against them.

• The retail sector was one of the worst hit by the pandemic, and Black workers were more likely to suffer disproportionate consequences. According to diversity and inclusion consultants at the EW Group, 7% of white retail workers lost their jobs, while 16% of Black and minority ethnic workers experienced the same. Compounding these effects was the fact that nonwhite entrepreneurs were less likely to apply for relief funding because of “perceptions of a systemic disadvantage,” reports Bloomberg. The Fifteen Percent Pledge, a US-based project designed to correct the underrepresentation of Black-made products on the shelves, is instructive: “Black people make up 15% of the US population. So, we asked businesses to dedicate 15% of their shelf space to Black-owned brands.”

• “You can’t always rely on the government,” Pierre Nei, founder of the Black Pound Day initiative, told The New York Times, “so we’ve got to turn to ourselves and make solutions for ourselves.” Black Pound Day calls on local communities to support Black-owned businesses on the first day of each month, in light of research on the ethnicity pay gap, which shows a Black Caribbean household earns just 20p to every pound a white household makes, while Black Africans earn 10p. The Black Pounds Project is another ongoing collective effort to redirect wealth to historically under-resourced businesses and communities. This month, founder CJ Lloyd Webley opened a physical shop with Appear Here in Birmingham’s Great Western Arcade, selling soap, jewelry, and other goods made by Black artisans and entrepreneurs.

• Suzanne Hall, an associate professor of sociology at the London School of Economics, found that ethnically concentrated micro-economies are shaping the future of the British high street. In a 2014 study of the value of diverse high streets in the UK, Hall explains, “these streets exhibit economic and cultural vibrancy despite being located within areas with high indices of deprivation.” Policymakers have long overlooked the value of investing in minority businesses, but projects like the Super-Diverse Streets research initiative are nudging leaders in the right direction, underscoring how ethnically-diverse migrants and high streets interact.

If you ask us, the main street can be a transformative medium in the project of racial justice. It offers an opportunity not only for dialogue among local communities, but can also act as an avenue for resource redistribution and visibility.

If you’re looking to get involved, consider visiting Loud Youth Projects, TreasureTress or Asantii, some of the Black-owned shops that launched recently with Appear Here. 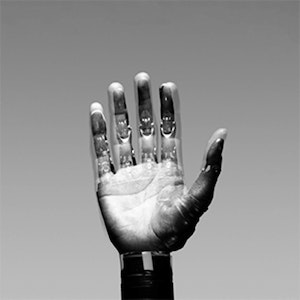 Bring on the robots

How AI and automation are shaping our in-store experiences – and bringing visions of the future into the present. 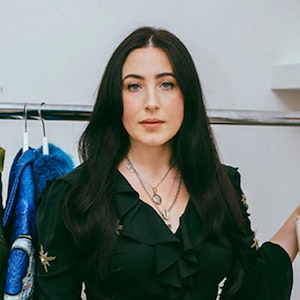 The Five at Five: Clio Peppiatt