The Five at Five: anaiis

From hidden-gems to places to people-watch, from bookshops to beauty spots – here is some inspiration, celebrating the independents in our local neighborhoods around the world.

This week’s selection has been curated by Anaiis Marieme Aida Kane, the London-based, French-Senegalese recording artist, who goes by her first name only: anaiis. Following her breakthrough release ‘Nina’, a liberation chant and reclamation of freedom that emerged when she confronted her fears, anaiis went on to release her transcendent project, ‘Darkness at Play’, which reflects her observations of the world, seeking hope amidst injustice, and explorations of the divine feminine as a healing force.

After launching her own independent imprint, Dream Sequence Recordings, anaiis released her debut album ‘This Is No Longer a Dream’. Available now, the LP explores themes of isolation and disillusionment and forms an inner conversation that flourishes from angst and neurosis to self-affirmation and hope. The project includes contributions from Chronixx, Topaz Jones, Sjava, Jay Prince, CKTRL, Onyx Collective, Jesse & Forever.

“I’m a big lover of Italian food, and I’m usually anti-chains but I have to say Pink Mamma in Paris is an absolute vibe. The food is so good and there’s a fun hidden bar downstairs. Their restaurants are all so tasty and depending on which arrondissement you are in Paris, the menu slightly differs, with the classics always being available. My favourite thing on the menu was a seasonal peach and prosciutto pizza, with stracciatella if I remember correctly.”

“Went to Jamaica for the first time this year and had the most magical experience...

“Port Antonio’s Food Market is an incredibly vivid place to hang out at with high energy; there always seems to be something happening nearby. A great place to connect with the people around and collect some local food to cook for later.”

“I used to love going to the Artwords bookshop in Shoreditch, London. It was one of my favourite places to hang out and look at art books and get inspiration but unfortunately they only have their Broadway Market outpost now. However, there’s an incredible platform called PRIM which hosts extensive and beautiful libraries of Black work. They sometimes host online and IRL events, as well as pop-up libraries. It’s fab in every way — get into it.”

“I loved staying at the Scarlet Hotel in Cornwall. It was absolutely stunning: the outdoor hot tub overlooking the sea and hills was breathtaking. It’s charming no matter what weather you end up with, which is a blessing in England.”

“It has to be Dakar, Senegal. It’s so fun bargaining and the energies inside the ‘marchés’... I love the tiny alleyways within the markets that lead you to hidden vendors and the fact that it always feels much bigger than you would expect.

“Easy to get lost in the mazes and the madness. And it’s really special if you’re into fabrics and vibrant colours. Be ready for the unexpected at any moment.” 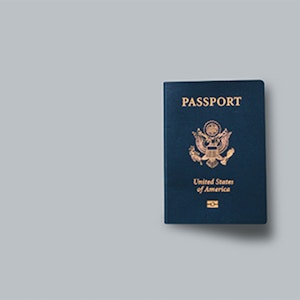 We unpack what 2022’s summer travel boom means for retail. 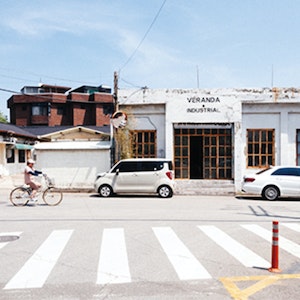 Neighborhood guides: Live like a local in Seongsu-dong, Seoul

The Seongsu-dong neighborhood is not very well known by tourists.