This week: In big tech, big layoffs. As online platforms shift, so do marketing strategies.

It’s been a month.

Last week, Elon Musk, Twitter’s newly minted CEO, arrived on his first day on the job with a vengeance. Just hours after completing his $44 billion buyout of the little blue bird app, he began planning for massive cuts to over 50 percent of Twitter’s staff of 7,500 people.

Days later, Meta’s CEO Mark Zuckerberg followed suit and slashed 11,000 of tech’s best and brightest. Zuck cited his overly optimistic projection of what the pandemic boom would mean for the metaverse and Meta’s core businesses as the reason for the reckoning.

• The deep cuts at Twitter included the majority of the communications and press team, leaving official company statements to — you guessed it — the Chief Twit’s personal Twitter account. One Twitter user summed it up well: “Every Elon post is like watching Joe Pesci enter the Home Alone house.” If the medium is the message, Elon Musk’s impulsive, relentless tweets ranging from product updates to customer complaint replies just about sum up how things are going.

• TwitterBlue, a $7.99 pay-to-play subscription service that includes a coveted blue checkmark, was one of Musk’s big ideas for how to get the app back in shape. It wasn’t long before regular folks began buying verification to impersonate celebrities and brands, leaving people wondering if Chiquita Banana really did overthrow the government of Brazil when a parody account tweeted so. Soon after, the same account issued an ‘apology’ stating, “We apologize to those who have been served a misleading message from a fake Chiquita account. We have not overthrown a government since 1954.”

• Jokes aside, this new online reality has big implications for advertisers and brands. A slew of top advertisers are flying free from Twitter's controversial new landscape. General Mills, Mondelez, Pfizer, and Volkswagen are just some of the companies pressing ‘pause’ on their existing Twitter ad spending. And on Monday, trendsetting Balenciaga became the first major fashion brand to leave Twitter, prompting many to wonder if others will follow. Brands are pulling out “largely either out of concern that Mr. Musk might weaken content moderation, potentially leading to more hate speech on the social-media platform, or because of the uncertainty surrounding the company’s direction,” reports the Wall Street Journal.

“Although the headlines seem dismal,” reports Vox, “labor economists say the layoffs might not necessarily signal a major downturn in other industries.” Aaaand exhale.

While pandemonium continues in tech-land, some of the most innovative marketing campaigns as of late have been out in the big wide physical world. Coincidence? We think not.

• “All the great brands have multiple ways of connecting with their customers,” Gymshark CEO Ben Francis told Adweek in an interview about their new Regent Street concept which launched last month. “We’re doing to do it through our app, our events and our retail stories.” After all, storefronts are one of the most obvious and affordable marketing tools a small business has at its disposal. Take Sézane, a French fashion brand that went global when it launched a series of physical shops in London, Paris, and New York in 2015. The brand quickly developed a reputation as “the brand that French girls wait in line to buy” thanks, in part, to its elaborate storefront displays that change with each season.

• British Airways recently launched “A British Original” campaign involving 500 IRL billboards speaking to Brits’ honest-to-god reasons for traveling abroad. One water stained billboard with the BA logo simply showed a multiple-choice list: “Business. Leisure. Because this weather sucks.” And UK-based brewery chain, Brewdog, became an unofficial anti-sponsor of the upcoming World Cup in Qatar when they launched a series of billboards around London highlighting the corruption and human rights abuses linked to the event. Some fans weren’t having it, claiming that the campaign was just hypocrisy on display, since BrewDog locations still planned to screen the matches at their locations. The controversy prompted the company’s CEO James Watt to publicly pledge that profits would be donated to human rights charities, reports Yahoo.

• The scuffle highlights the importance of putting your money where your mouth is. In a marketing landscape marked by lofty promises, imitation, and rampant misinformation, brand integrity is the most precious resource for small businesses. In a survey on customers’ impressions of brands’ integrity, Adobe found that nearly 94 percent of respondents considered a brand’s purpose important. “For a significant amount of customers, a brand’s honesty matters more to them than the quality of its service or product” the report found.

Maybe therein lies the lesson of Twitter’s recent struggles. While the quality of the product certainly is suffering, more important is the message in that medium: that amid Twitter pivots and cuts, its brand integrity has left the building. 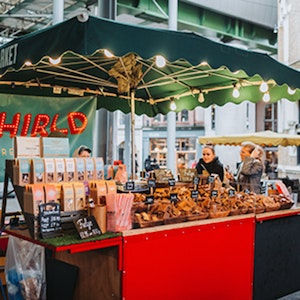 How To Launch A Grab & Grow Brand

Post-pandemic, the high street looks (and feels) different. More so than that, it works differently too. 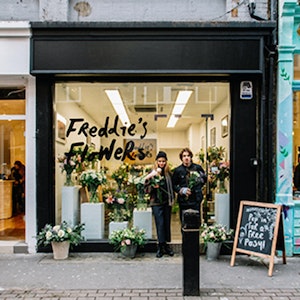 What is a pop-up shop?

Pop-up shops are an increasingly popular tool for brands to connect with their customers.