This week: All the bevs we’re imbibing this Sober October, and beyond.

Whether you’re reaching for a zero-proof glass of Ghia, Figlia, or Gnista – you’re in good company. “Pandemic drinking, and the subsequent move to sobriety or temperance for many people, has been well documented,” reported The New York Times.

• Fittingly, the past year has also seen five “dry” stores open their doors in NYC. Their shelves are stocked with all manner of booze-free bottled and canned beers, wines, and spirits. “I thought: ‘OK, if I’m going to open a store I want it to be a community hub as well. So that people like me who don’t want to drink – or don’t want to drink all the time – can find events or socialize with other people that are not drinking,” said Apryl Electra Storms, co-owner of Brooklyn’s Minus Moonshine.

• “The non-alcoholic spirits revolution is here. What will it take to become the category’s defining brand?” wondered Thingtesting’s Sarah Drumm. No- or low-alcohol beverages are everywhere, with the sector growing 506% over the past five years. The worldwide non-alcoholic drinks market is projected to reach $1.6 trillion by 2025. “Seedlip’s success as a pioneer in the category, despite the high price, made ‘nolo’ (as the no- and low-alcohol category is called) an attractive business to invest in,” reported The Guardian.

• Another critical arm of the DTC drinks strategy? Prime placement on prestigious menus. “We now have [wine] proxies being served at restaurants like The French Laundry and the Gramercy Tavern,” said Charlie Friedmann of Acid League. NOLO (‘cause YOLO) drinking has also been moving to the fore in UK hospitality, with stores also seeing increasing sales. A fifth of British adults say they don’t drink at all. The UK Gov has also just announced a revision of alcohol duties, cutting taxes on beer and rewarding lower-strength drinks, along with providing relief to small producers and brewers.

“Alcohol-free craft beer sales have really grown over the summer,” said David Burgess, co-founder of East London’s Fugitive Motel bar. “I honestly think drinkers weigh up their options – asking themselves ‘have I got time for a hangover?’”.

Low on energy? Feeling blue? Ever since some Georgians decided to bury grape juice, or an Ethiopian goat herder got buzzed on coffee beans – we’ve always turned to tipples for that pick-me-up.

• What’s a functional beverage? Something that might alter your mood (or mind). Drinks company Recess touts its product as an “antidote to modern times”. Hibiscus water brand Ruby calls itself a “super hydrator”. Kin even claims to induce euphoria. There are plenty of unusual ingredients and processes for drinks devotees to nerd out about. MXXN uses “nanoemulsification” to ensure a consistent dose of THC in every pour. “Diversity of product has increased. Technology has, as well. Now there are vapor or vacuum distillation and new techniques,” said Douglas Watters, owner of Spirited Away, a “dry” store in NYC.

• “Millennials are the generation of instant gratification and they crave Instagrammable health,” wrote F&B trend forecaster Andrea Hernandez in Courier. They’re also very concerned about the environment. TENZING, a certified B Corp, is the first soft drink brand to introduce carbon labeling to its products. “70% of UK adults want more climate impact transparency to help inform them when they’re shopping, and that number rises to 84% for 18-24 year olds. We thought, we’re so transparent about our ingredients, so why not be transparent about our impact?” said Emily Gander, TENZING’s Head of Communications and Sustainability.

That focus on climate impact and educating shoppers will be on full display in TENZING’s Shoreditch pop-up, launching with Appear Here next week. Partnering with other like-minded F&B brands – including Jude’s Ice Cream and Little Freddie – there will be eco labels for every product along with a climate footprint receipt at checkout. “We want to demonstrate what the future of grocery shopping should look like, which you can’t do digitally,” said Emily.

Whether you prefer to quaff soft drinks or hard – there is growing demand worldwide for sustainable business practices and plant-based alternatives.

Our cups, they runneth over. 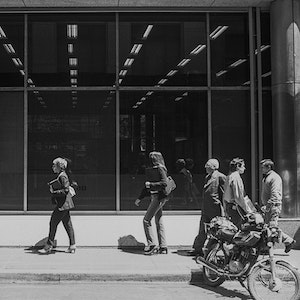 The oldest barrio - neighbourhood - in the city. Here’s why we love it… 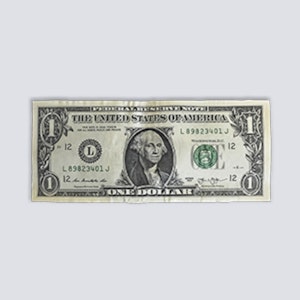 What are DTC startups fundraising all that cash money for?